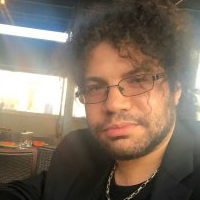 Vera is a New York City born sculptor. He received his Bachelor of Science in 2007 from Rensselaer Polytechnic Institute and studied under sculptor Barney Hodes. He has been teaching at the Art Students’ League of New York since 2008 and working for The New School since 2012. He has shown in multiple venues throughout the east coast and had long-term installations at venue such as Riverside Park South, New York, NY, and Leonia Sculpture Garden, Leonia, NJ. His practice primarily focuses on the use representative modeling and metal forming techniques to explore the nature of barriers and intimacy.