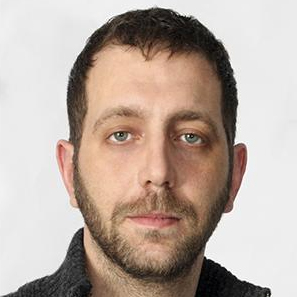 Harger received his B.F.A. in photography from the Cleveland Institute of Art. He went on to receive his MFA in Photography and Related Technologies at Parsons, The New School for Design in 2008.

His exhibition debut in New York City was the critically acclaimed, “Contradictions in Black and White”, an exhibition that placed his work alongside Irving Penn, Margaret Bourke-White, and Walker Evans in 2009. His first solo gallery exhibition was at Hasted Kraeutler, New York in 2010. Harger’s international solo debut was at Gallery Kong, Seoul, South Korea in 2013. His work has been featured in several publications including New York Magazine, Harper’s Bazaar Korea, Luel, and Zoom.

Harger has been honored as one of Photo District News “30 Under 30,” a list of “emerging photographers worth watching,” and has been nominated for the 2009 Santa Fe Prize for Photography and the 2010 Prix Pictet. His images were also included in American Photograph’s portfolio of “Images of the Year” for 2008 and Wallpaper Magazine’s “Photo Graduate Directory of 2009. The Cleveland Museum of Art, The Margulies Collection and numerous important collections have acquired his photographs.